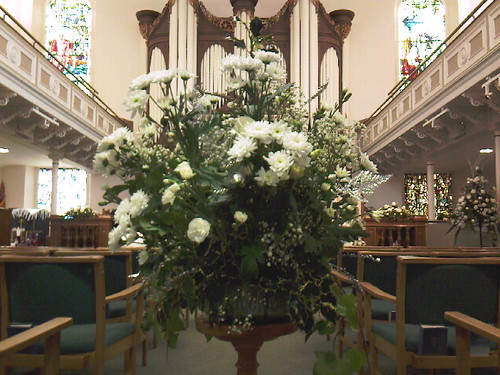 St Columba’s Church was transformed into a winter wonderland for our seasonal flower festival.

The church was decorated with four large and a dozen small displays of flowers to coincide with North Shields’ annual Victorian Christmas Market, taking place in Northumberland Square in front of the church on 12 and 13 December. The display included white roses, carnations, chrysanthemums, gypsophila, and variegated holly, along with five large white ’snowballs’.

Our doors were opened to visitors, who were able to enjoy soup, scones and tea in the church hall, and visit fair trade and handicrafts stalls, in addition to viewing the flowers.

On the Sunday morning, our service took on a Victorian theme. We sang Christmas carols from the Victorian era, and the service featured a costumed Victorian Christmas sketch, based on Charles Dickens’ novel “A Christmas Carol”. In her sermon, Revd Liz Blair reflected on what she called a “cultural disease” in modern society, whereby people feel compelled to chase after money and success without finding contentment. She challenged the congregation not to ignore the poor and vulnerable, but to rebuild friendships and work for a fairer world. Scrooge had been trapped in a prison of his own making, bound up by the consequences of his past actions and experiences, but God can release us from our fears and help us to make a fresh start, she said.

Worshippers were invited to come back next week to see the Nativity story re-enacted. 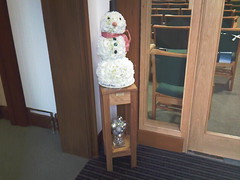 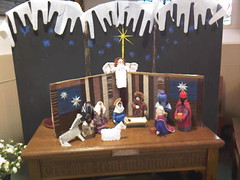 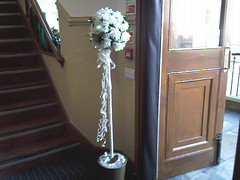 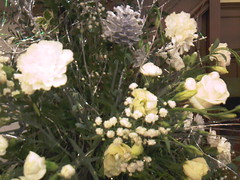 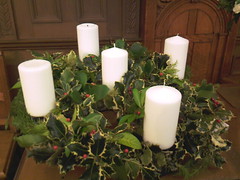 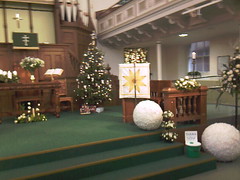 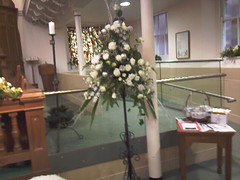 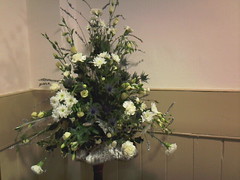 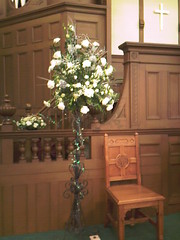