We were delighted that our Early Bird Breakfast team has received the Chairman of North Tyneside Council’s commendation award earlier this month.

It is good to recognise the work that they do getting up early every Sunday morning to cook breakfast and offer friendship to anyone who is hungry.

The award follows those previously awarded to HANDS in 2017 and the Square Table Luncheon Club in 2015. 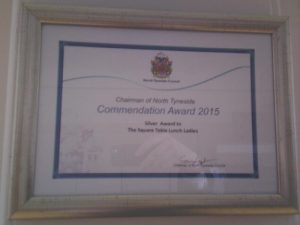 We are proud to announce that our Square Table Luncheon Club has been presented with a silver commendation award from the Chairman of North Tyneside Council.  Three church members also received awards for their contributions to the local community. 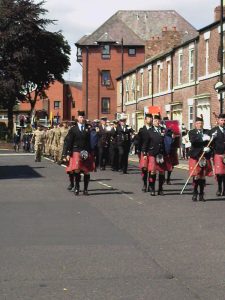 On Sunday 3 August 2014, we marked the centenary of the outbreak of the First World War.

In our morning service at St Columba’s, members shared stories and memorabilia of uncles and grandfathers who had served in the Northumberland Fusiliers, the Durham Light Infantry and the King’s Own Scottish Borderers.  Some had survived the war, and some lay in graves on the Western Front.  Letters home showed that they had no expected not to return.

Our Minister, Revd Liz Blair, reflected on the spirit of community and helping your neighbours, forged in war time, but still evident in her childhood.

A small exhibition had been organised in the war memorial corner of the church.  There were poppies, photographs, medals, postcards, stories, and pages of information about the soldiers from our church.  Some of their letters were displayed, giving a flavour of life on the Western Front, mixed with humour.  Notable was the soldiers’ gratitude for parcels of cigarettes and razors.  One told of being sent to dig a grave for a dead comrade during a lull in fighting, only to have to dive in for cover when shelling started up again.

A local community group, Tynemouth World War One Commemoration Project, had done a huge amount of research into nearly 2,000 men from the then County Borough of Tynemouth who had died in the war.  In addition to a map and an extensive online database, they had also published a booklet of information about the war as it affected the borough.  St Columba’s was one of many organisations that had sponsored the booklet so that it could be distributed for free to all school and college pupils in North Tyneside.

At 2pm, a public commemoration took place in Northumberland Square, organised by the Project in conjunction with North Tyneside Council.  Local soldiers and veterans marched there from the Linskill Centre about half a mile away.  Scouts and local faith leaders were also present.  The event was hosted by Adrian Pitches of BBC Look North, and was addressed by Cllr Tommy Mulvenna, Chair of North Tyneside Council, Sir Nigel Sherlock, HM Lord Lieutenant for Tyne & Wear, and the Project’s Bill Griffiths.  Revd Liz Blair led the service, which included traditional hymns, prayers of thanks and protection, a bugler and piper, two minutes’ silence and 2,000 sweet peas laid by the Scouts in memory of the dead.  The service ended with the National Anthem.  Fortunately, the weather, although windy, held off to enable the event to take place in the open air. 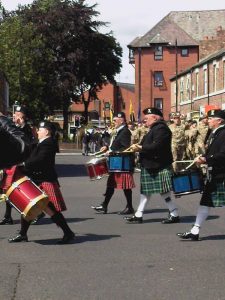 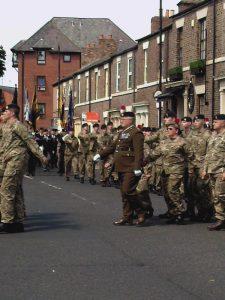 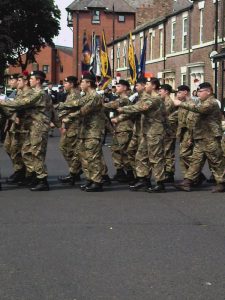 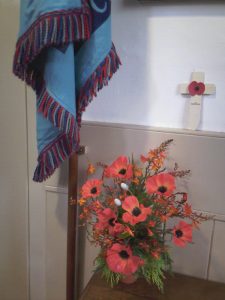 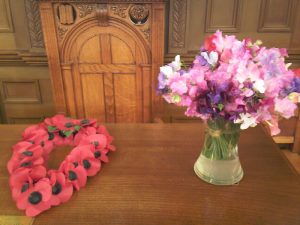