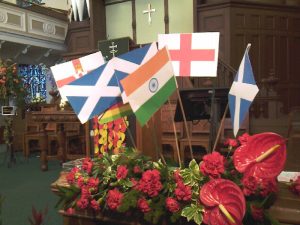 St Columba’s was the scene of a stunning Pentecost celebration.

The Christian festival takes place 50 days after Easter, and commemorates the story of the coming of the Holy Spirit on the first disciples, and the beginning of the growth of the Church.  In the Bible, Acts chapter 2 tells how the disciples were gathered in a room in Jerusalem, when they experienced something like a rush of wind and fiery flames, after which they began to spread the Gospel in other languages.  Two thousand years later, the Christian message is heard in every country in the world.

The culmination of the weekend of 22 and 23 May was a joint evening service, at which we were joined by fellow Christians from Churches Together in North Shields.  The church had been decorated with flowers arranged by several of the churches in the town.  Displays included fiery reds and oranges as well as white of the dove of peace which is another popular representation of the Holy Spirit.

The church was so full for the celebration service that we even had some worshippers in the gallery, and the singing, led by Stuart and Paul on organ and keyboard, was powerful.  As part of the service, people from various churches who had been born in other countries, brought forward national flags from places as far afield as Malaysia, India, Mauritius, Zimbabwe, Estonia and Denmark, as well as Scotland, Wales and Northern Ireland.  The procession was led by children, waving streamers of red and orange that they had made earlier.  Later, we said the Lord’s Prayer together in many languages, and learnt a Shona worship song from Zimbabwe.

Our minister, Revd Liz Blair, led the service, explaining that although we came together from different churches and cultures, we were united by our faith in Jesus Christ.  She went on to talk further about the Holy Spirit, reflecting on her own experience of God through her life, and pointing to the need to be open to listen and to change.

Old friendships were renewed, and new ones begun over coffee, tea, biscuits and birthday cake in the hall afterwards.  As Liz explained, Pentecost is in many ways the birthday of the church. 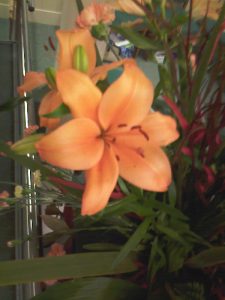 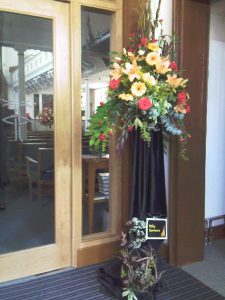 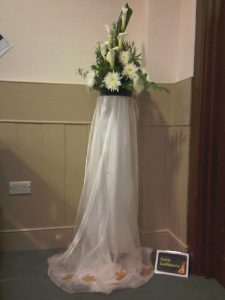 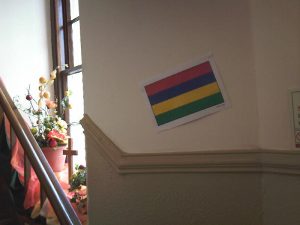 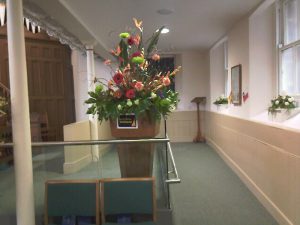 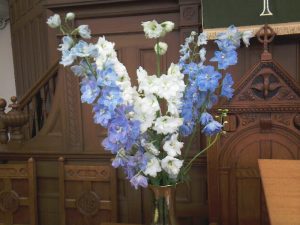 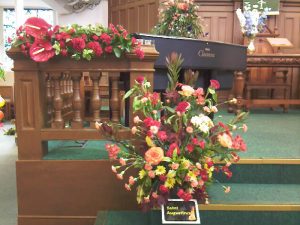 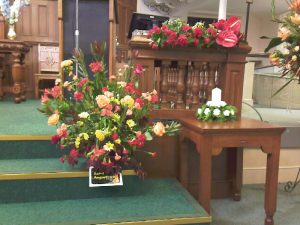 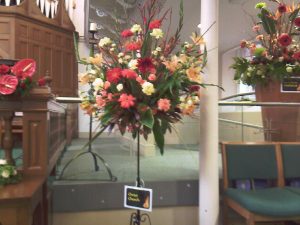 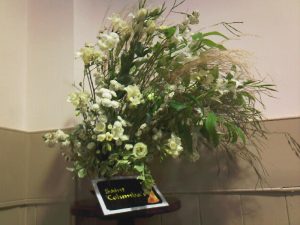 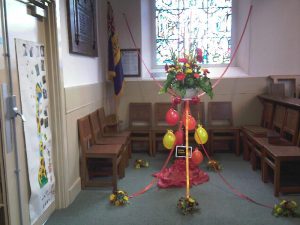 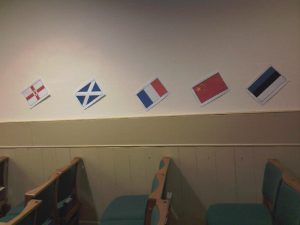 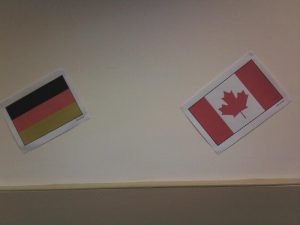 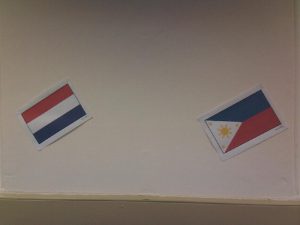 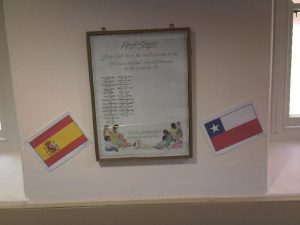 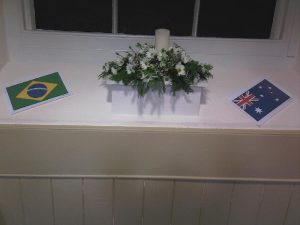 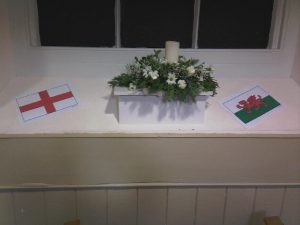 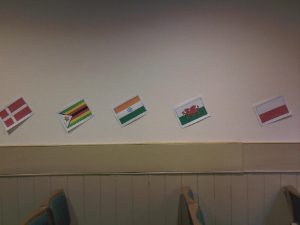 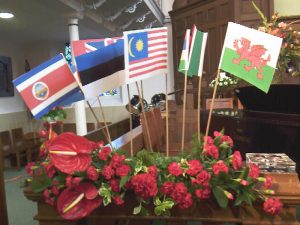 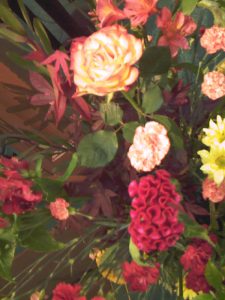 Dedication of our new Organ