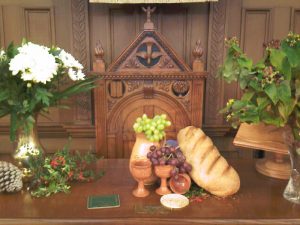 It was back to church for a traditional Harvest Festival with a difference on Sunday 25 September.

St Columba’s Church welcomed nearly two hundred members and visitors for the all-age celebration service.  The children and young people of the 1st North Shields Brownies and Rainbows and the 4th Tynemouth (Congers) Beavers, Cubs and Scouts paraded their colours as they joined the service and presented their flags.

The walls of the church were decorated with bowls of fruit that had been coloured in by some of the younger children, and tables at the front of the church were filled with more harvest emblems.  Fresh fruit and vegetables were brought forward to fill boxes and baskets, and when the tables were full, more produce was placed in front of them.  Tinned and boxed food was also brought, which would last longer.  After the service, the fresh and tinned produce was donated to local churches’ homelessness support effort Nite Bite and Tyneside homelessness charity the Cyrenians.

With the church looking like a traditional greengrocer’s store, we sang well-known harvest hymns Come, ye Thankful People, Come and We Plough the Fields, and Scatter the Good Seed on the Land.  However, this was not just a traditional harvest service.  There were also modern songs such as Shine, Jesus, Shine and I, the Lord of Sea and Sky, and there were video clips where the congregation had to guess what would happen next.  Young and old alike enjoyed a puppet show, performed by some of our young people, miming to the song Jesus fed five thousand men.

Our Minister, the Revd Liz Blair, reminded us of the God-given blessings that we share because of the harvest of the earth.  However, all these good things are not fairly shared.  Aided by a large loaf, cut into three unequal portions, she explained that the richest 17% of the world eats 80% of the food, whilst the poorest 57% is left with only 3%.  She urged us all to consider what we could do about this, and whether we should review our priorities in life.

After the service, members enjoyed a harvest lunch together in the church hall, which included shepherd’s pie and vegetables, and fruit crumble.

Evening worship was led by the Moderator of the Northern Synod, the Revd Rowena Francis, in which she reflected on the day’s Bible stories.  She spoke of her trip to Sinai, where she had visited the supposed rock from which God had provided water for Moses and the ancient Israelites (Exodus 17).  She visibly demonstrated how God can fill a believer’s life by pouring water from a jug into a cup.  When it was full to the brim, the cup began to overflow into a bowl below it. 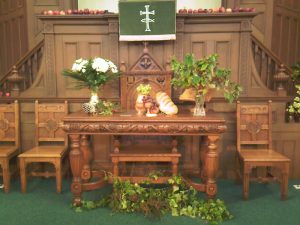 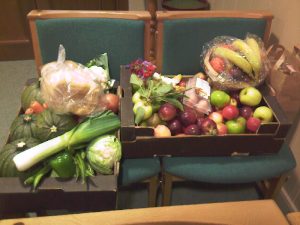 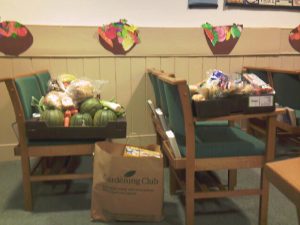 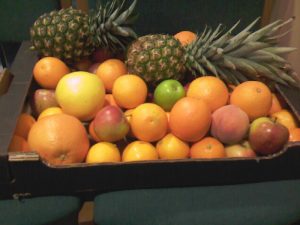 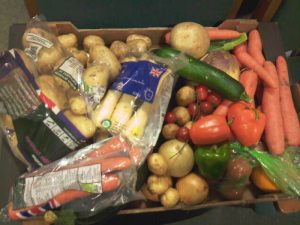 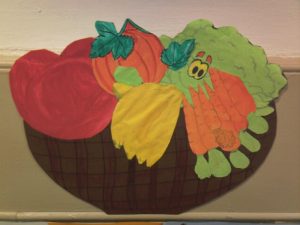 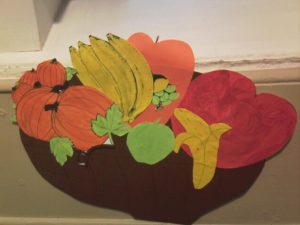 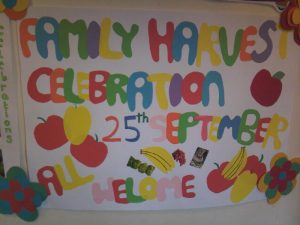 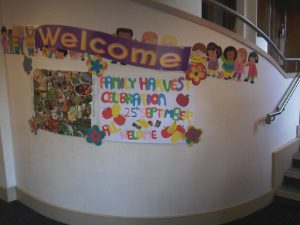 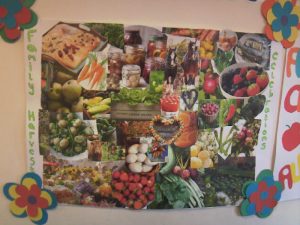