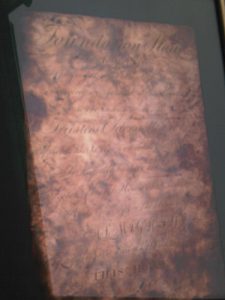 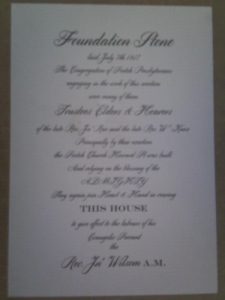 The foundation plaque from St Andrew’s Church, Camden Street, has been found.  The church was founded in 1817, as a break away from the Scotch Church in Howard Street.  Although its first minister was a licentiate of the Church of Scotland, all its subsequent ministers were drawn from the Congregational denomination.  The church closed in 1947, and was used for some years as a carpet warehouse, before being demolished in the 1970s to make way for the Beacon Shopping Centre.

Sermon: What Makes a Church a Church?