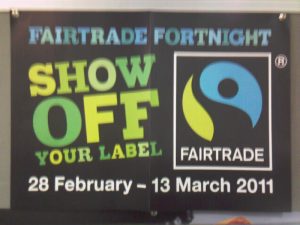 As our family service was held on Sunday 20 February, we opened the celebrations ahead of the official Fairtrade Fortnight (28 February-13 March).  We watched two short films about the injustices of world trade and how we can change things by switching our purchases to fairly traded ones.  Our minister, Revd Liz Blair, then involved the whole congregation in a discussion of the issues and our own experiences.  We remembered that British farmers need fair trade as well as those in third world countries.  In addition to receiving a fair price for their products, farmers and craft workers also receive the Fairtrade premium, which they use for development work in their own communities, such as schools and basic infrastructure.

This year, the Fairtrade Foundation is aiming to join up bunting from supporters around the world to make the longest ever length of bunting, and St Columba’s young people had made our contribution. 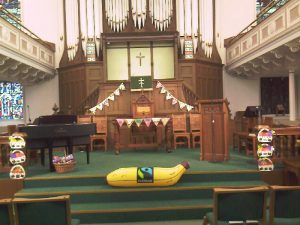 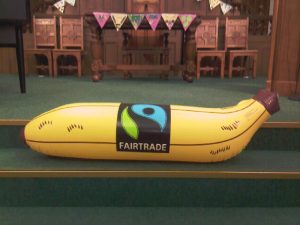 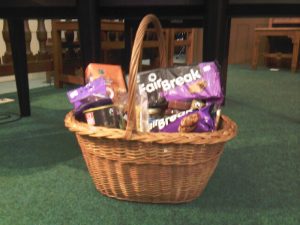 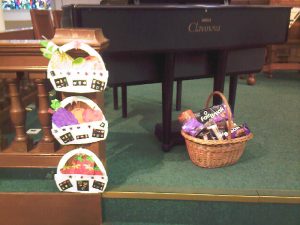 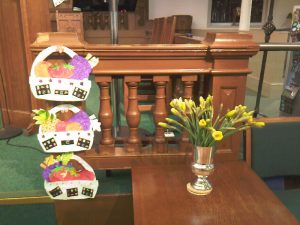 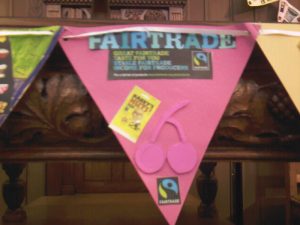